Robbery and Sanitation in the early Greek state: Presentation of new volumes in the Basic Historic Library 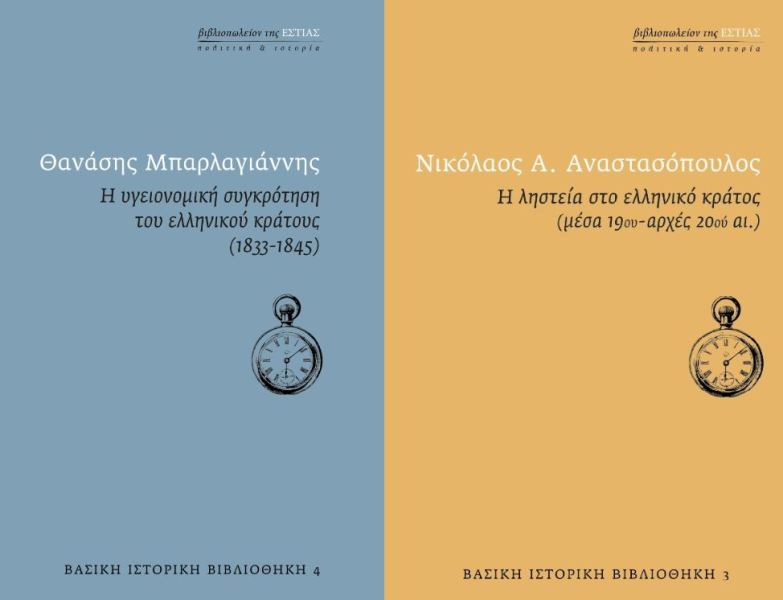 The Basic Historic Library series is directed by Professors N.E. Karapidakis and Kostas Kostis and aims to provide of an accessible, quick overview of various research fields in modern history.

The event features the 3rd and 4th volumes in the series:

Robbery in the Greek State (mid-19th - beginning of 20th century), by Nicholas A. Anastassopoulos, looks at the extent to which the problems faced by the newly-established Greek state contributed to the rise of robbery. With this and other key questions, the study aims to interpret the phenomenon of robbery, which for a long period of the modern Greek state - from 1830 to 1930 - was an integral feature of traditional society.

The Sanitary infrastructure of the Greek State (1833-1845) by Thanasis Barlagiannis goes back to the roots of Greece's health system, when it was controlled by the police, and points out the importance of Otto's period for further developments in public health and law enforcement.

Nikos E. Karapidakis, Professsor of History at the Ionian University will coordinate the event.

Image: Robbery and Sanitation in the early Greek state: Presentation of new volumes in the Basic Historic Library