Symposium on "Melodized Speech in Shakespeare" 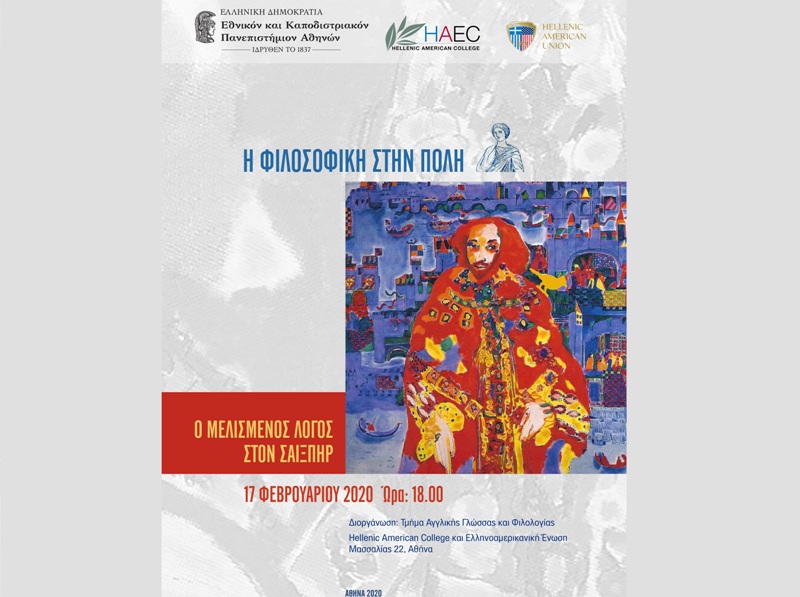 A symposium on “Melodized Speech in Shakespeare”, dedicated to the “sound” of the great British bard and featuring talks and musical performances, will be held on Monday, February 17th, 2020.

Soprano Ilia Stampoli and baritone Paris Dimatsas will sing Sonnets No. 18 and 130, as set to music by the Department of Music Studies student Nikos Kyriazis. In addition, the Athens Conservatoire Early Music Center Ensemble will perform compositions dating back to Shakespeare’s time.

The symposium is part of the first round of “Philosophy in Town”, a series of educational and artistic events designed to disseminate the knowledge and research work of faculty and students of the National and Kapodistrian University of Athens School of Philosophy in the city where the University is headquartered. This first round of these events, under the general title “Melodized Speech,” concerns the multiple dimensions and functions that poetic, literary, theatrical, ritualistic and vernacular/colloquial speech acquires when sonically rendered as a code for individual and/or collective expression and communication.