Selections from Leaves of Grass: presentation of a new Greek translation of Walt Whitman’s poetry 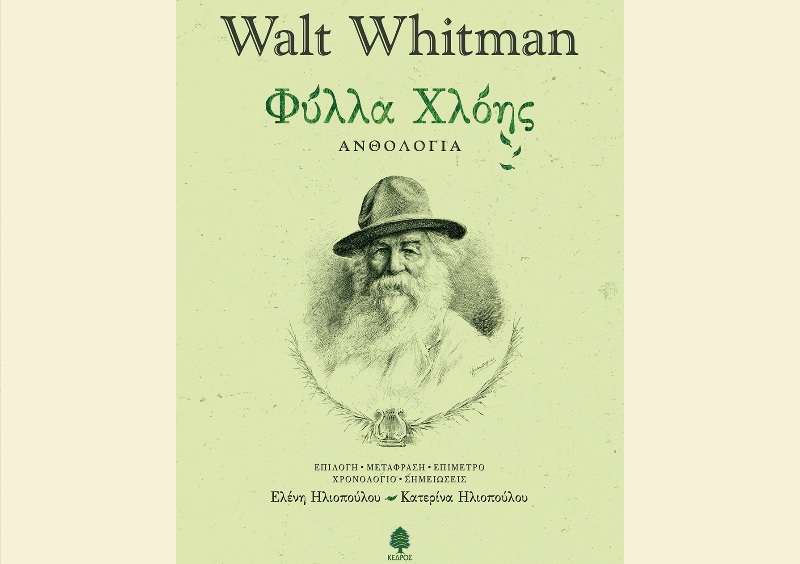 On February 12th, a new anthology of Walt Whitman poetry, translated into Greek by Eleni Iliopoulou and Katerina Iliopoilou, will be presented at Hellenic American Union Theater, 22 Massalias Street, Athens.

The innovative work of Walt Whitman (1819–1892) was very influential, not only to English-language poetry but to world literature as a whole. When his poetry collection Leaves of Grass was first published in 1855, it was seen as a ground-breaking and controversial piece of literature that breached the poetic norms of the time.

After that first edition, Leaves of Grass was republished several times, incorporating Whitman’s revisions as well as new poems. This new Greek translation of selections from Leaves of Grass, issued in October 2019 on the occasion of the bicentennial of Whitman’s birth, serves to fill a gap in Whitman’s works in Greek translation as it contains the most significant poems of the author’s oeuvre as selected and translated by Eleni Iliopoulou and Katerina Iliopoulou.

The book will be presented by:

Selected poems will be read by Christos Sakellaridis and Marios Chatziprokopiou.