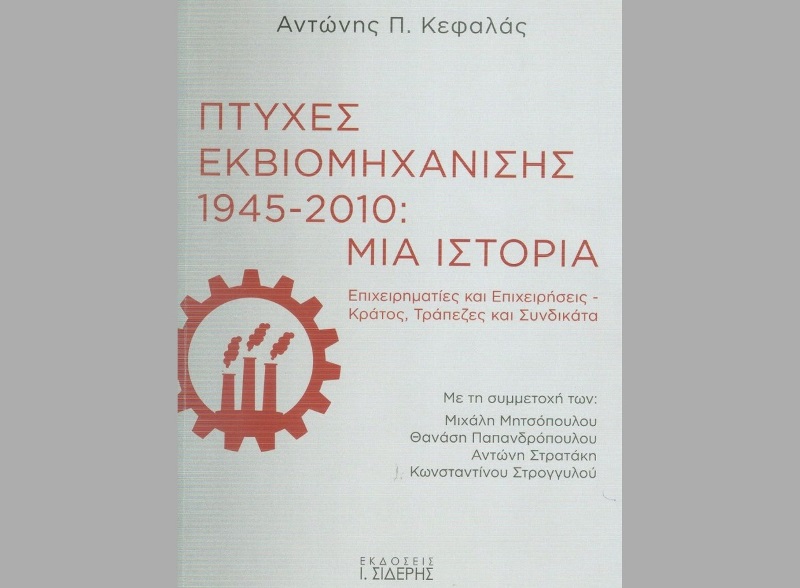 The book by Antonis Kefalas, featuring contributing authors Michael Mitsopoulos, Thanasis Papandropoulos, Kostas Strongylos and Antonis Stratakis, presents a concise history of modern Greek industry, which essentially began in the years after the German Occupation. In the first part of the book, the author offers a new perspective on the relations between industry, on the one hand, and the State, banks and trade unions on the other. He argues that political parties have prevented the country’s industrialization and are now ensuring that the process of deindustrialization will continue.

According to the author, industrial activity is a complex and diverse mosaic with specific structural and functional characteristics, and each company says something about the country's industrialization. Thus, in the second part of the book, Kefalas profiles a large number of individual companies, which together make up a microcosm of Greek economy and society.

The book will be discussed by:

The discussion will be moderated by Dimitris Vergados, Director of Business Issues, Public and Media Communication at the Hellenic Federation of Enterprises (SEV).