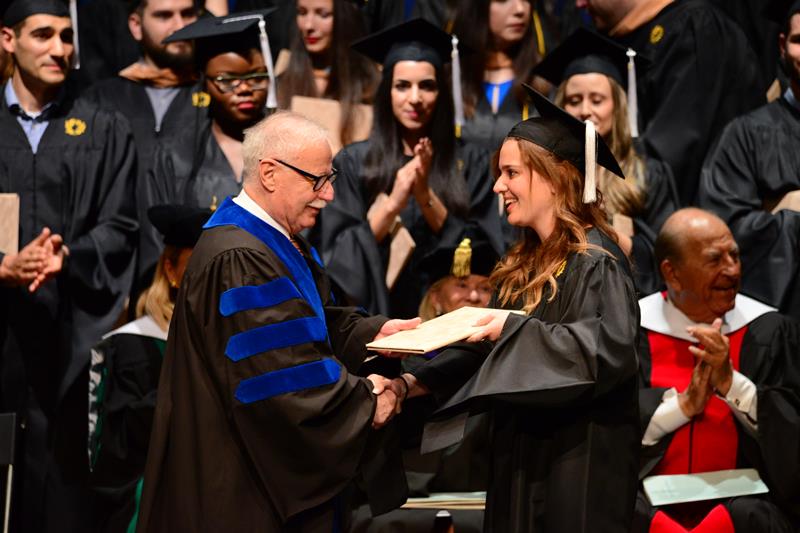 Hellenic American University held its 10th Commencement on Saturday, June 30, 2018 at the auditorium of the American Community Schools in Halandri, Athens. The graduating students of the Class of 2018 were joined by friends, family and distinguished guests, as well as members of the Hellenic American University Board of Trustees and its faculty, staff and executive officers—all told, roughly 600 persons—in celebrating the culmination of the new graduates’ academic journey and the beginning of a new one. 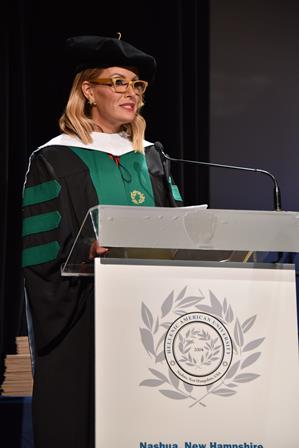 During the ceremony, Danialle Karmanos was awarded a Doctorate of Humane Letters in recognition of her work as a philanthropist, humanitarian, activist and social entrepreneur. In the citation for the award, University President Leonidas Phoebus Koskos referred to Mrs. Karmanos’ profound belief in the value of volunteerism to bring about change in the lives of people and their communities, a belief, he noted, she has repeatedly put into practice, each time to admirable success. In her acceptance speech, the University’s newest honorary doctorand urged the Class of 2018 never to lose their fascination with the world or stop believing that their ideas are important because they are the answer to the challenges our world must face.

Valedictory addresses were given by Stamatia Giouvaneli (MAT ’18) and Maria Anna Papadatou (BAELL ’18). Agnes Katsianos was awarded the Ph.D. in Language and Communication by Hellenic American University.

Following the ceremony, the new alumni/ae, together with their friends and family, joined other members of the University community for a reception and a chance to share their impressions, summer plans and expectations for the future.

Image: Danialle Karmanos during her acceptance speech for the Honorary Doctorate.

View the embedded image gallery online at:
https://www.haec.gr/en/aboutus/latest-news/graduation2018#sigProIdd30368d576
-->
Twitter
back to top