Over 40 panelists debate reform in modern Greece at recent conference 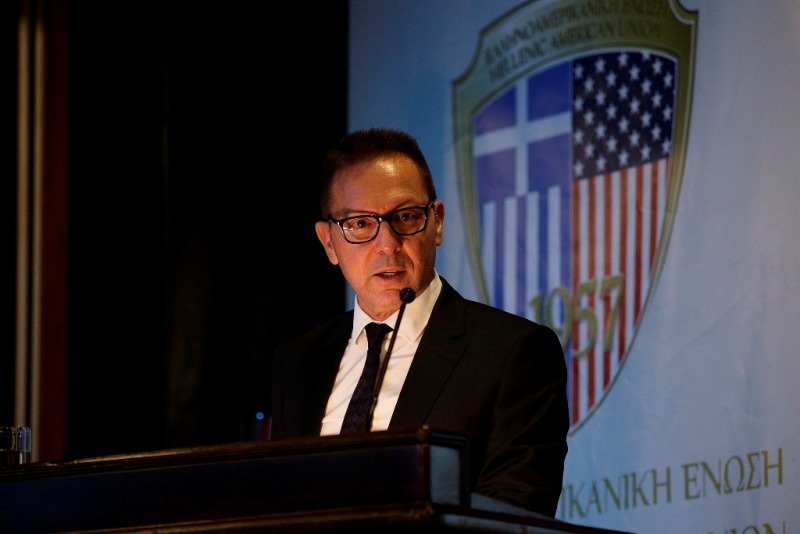 The three-day conference, “In Search of Reform in Modern and Contemporary Greece”, organized by Hellenic American College and the Hellenic American Union (HAU), came to a successful close this past Sunday, October 22, 2017. Part of this year’s events celebrating the 60th anniversary of the founding of the HAU, the Conference was held in the framework of the initiative to restore the area of Neapolis as a vibrant cultural center in the city.

Over 40 panelists, including historians, economists, journalists, political figures and artists, took part in the Conference’s round-table discussions, which explored issues of social, economic and political reform from several vantage points such as the role of society, political institutions and ideology, cultural issues urban space and the built environment. As Conference Chair and President of Hellenic American University Leonidas Phoebus Koskos noted in his closing remarks, all the Conference participants, whether panel chairs, discussants or speakers, had themselves introduced or led reforms in their own areas of professional activity. Their experience and dedication to reform, President Koskos noted, lent the Conference an air of optimism.

In addition, as Nikos Alivizatos, Professor Emeritus at the University of Athens, pointed out in his summary of the proceedings, the Conference also led to a number of specific recommendations for reform.

The Conference opened with a talk by the Chairman of the Bank of Greece, Giannis Stournaras. In his keynote speech, Mr. Stournaras explored the challenges that lie ahead for the country and the structural reforms needed to meet these challenges, particularly the need to promote entrepreneurship, modernize the public administration, and strengthen investments in research and innovation. “Returning to the old, introverted model of development,” he noted, “one that was dependent on internal demand, in large part consumption funded by external borrowing, is neither feasible nor desirable.” In its place, he explained, the state needs “a plan of carefully designed, targeted reforms to create the appropriate incentives for the private sector and to avoid the distortions and mistakes of the past.”

Image at the top: Giannis Stournaras, Governor of the Bank of Greece