University Receives Grant from the Terra Foundation for American Art 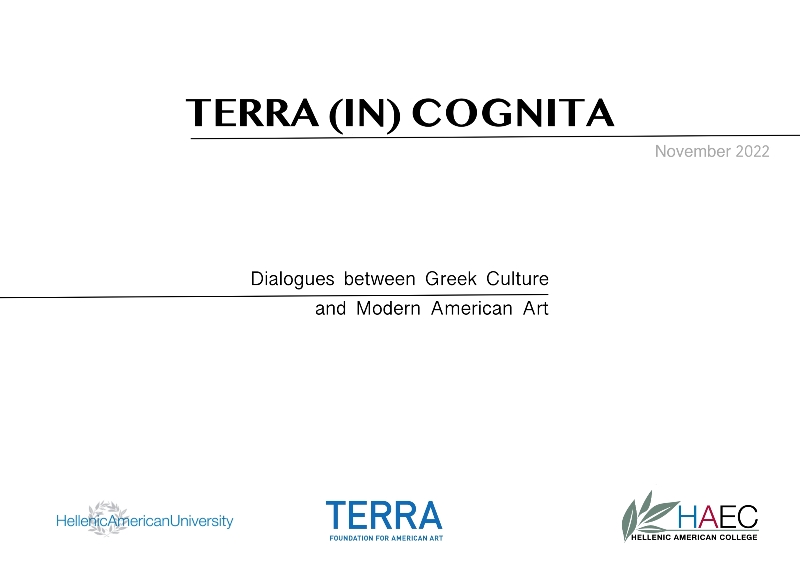 Hellenic American University has received a $25,000 grant from the Terra Foundation for American Art to organize an international conference in November 2022 on the Athens campus. The conference, entitled “Terra (in) cognita: Dialogues between Greek Culture and Modern American Art,” will explore associations between modern American art, with a focus on Abstract Expressionism, and iconic aspects of Greek culture from Classical Antiquity to Byzantium.

The Terra Foundation for American Art is a non-profit, Chicago-based organization that provides grants and fellowships to art institutions, museums, K-12 schools, and higher education institutions, with the aim, in the words of its mission statement, of “fostering exploration, understanding, and enjoyment of the visual arts of the United States for national and international audiences.” The list of beneficiaries for academic events in the past, such as the one the University has been awarded, has included art institutions such as Courtauld Institute of Art, the Getty Research Institute, and the Tate London as well as universities, including Stanford University, Brown University, and University College London.

The idea for submitting a conference proposal to Terra Foundation for American Art came from Dr. Kalliopi Koundouri, an art historian with expertise in modern and contemporary art and an adjunct faculty member in the University’s General Education program. Dr. Koundouri explains, “since postwar American art, especially Abstract Expressionism is one of my fields of expertise, and the identity of the University is Hellenic and American, I have been trying to figure out a way to bring the two together.”

The two-round grant proposal was drafted and submitted through the University’s Research Institute by its Director, Dr. Panayotis Kalozoumis, and Dr. Ermioni Karachaliou, Director of Student Affairs & International Programs in collaboration with Dr. Koundouri. In the words of Dr. Karachaliou, herself an architect and art historian, the conference will bring together scholars to explore topics in myth, tragedy, and spirituality in art within the perspective of the artistic and cultural crosscurrents between Greece and the United States. She adds that this opportunity will allow the University to pursue further research collaboration with scholars and cultural institutions in art and art history.

The conference is scheduled for November 11-14, 2022. For President Leonidas Phoebus Koskos, the conference is an excellent means to raise awareness of the strong cultural and artistic bonds between the two countries. It is also an academic event that the University, as a binational institution with campuses in Greece and the US but also a strong commitment to supporting academic research, is well-positioned to organize.